We are now in Guangzhou in the Guangdong province of China. This is where everyone comes to get a visa to the United States since the US consulate is here. We traveled to Guangzhou from Huaihua City on the high speed bullet train, having adjusted our itinerary in order to spend one night in Wen Jie’s hometown. We were very blessed to get this opportunity, as adoptive families have long been denied permission to visit, presumably because it is a military city. (The orphanage director most likely had something to do with our gaining permission.) Our guide, Wendy Wang, and Peng (the lady who brought Wen Jie to Changsha and signed the adoption papers with us) handled everything. We were told the staff was very pleased that we were adopting Wen Jie and they were eager to meet us and have us visit her orphanage — her home, as they called it. Wendy has taken families to this SWI twice recently and they too were welcomed warmly and with great joy. I’ll make a post with photos and details of our visit soon.

We could hardly pull ourselves away from the orphanage or Huaihua City, as there was much to soak in regarding her community, her people and their way of life. So much to learn about Wen Jie’s way of life, her babyhood, and the circumstances regarding how she came to be there. But her doctor’s visit for final visa approval could not be further postponed.

The day before we left Changsha Wendy took us to visit Orange Island. It is one of many alluvial sandbars located along the Lower Xiangjiang River and is considered to be the largest inland island in the world. Despite the heat and humidity, we enjoyed strolling through the park among the beautiful flowers and fruit trees.

Surreal aerial view of the island from http://www.zhangjiajietourism.com

32-meter high bust of youthful Mao Zedong, built on Orange Island in 2009. The former chairman went to university in Changsha. During this period he especially developed his interest in communism. 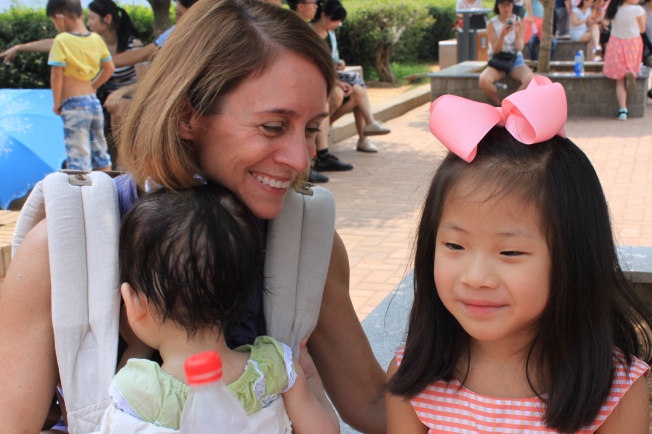 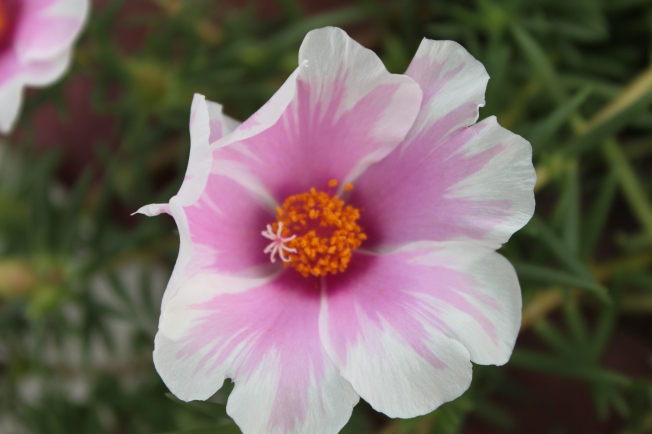 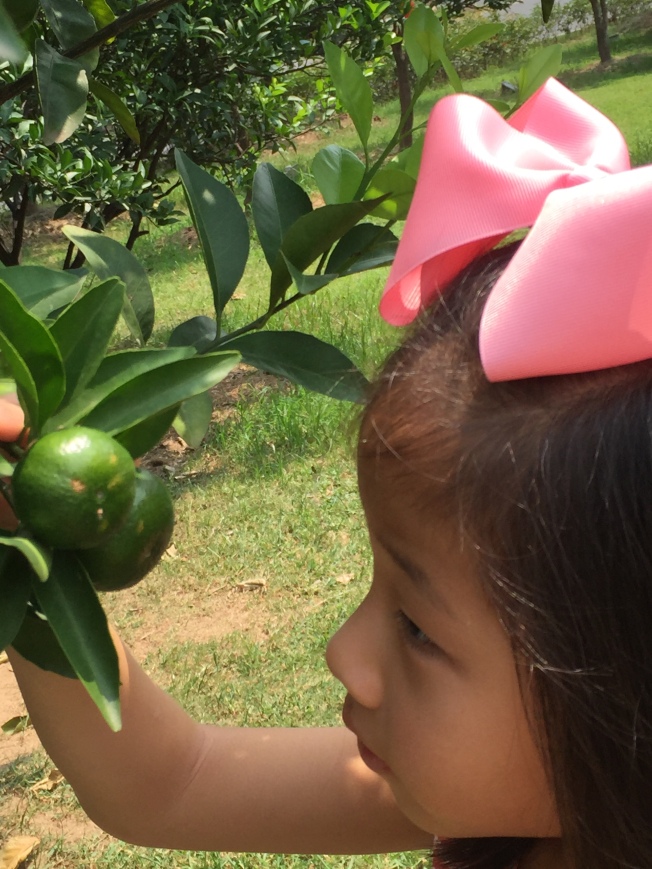 It was fun for Lovey to look for the young, still green oranges and tangerines. She loves the idea of growing things. This fruit will ripen in October.

Mommy chasing butterflies with the camera 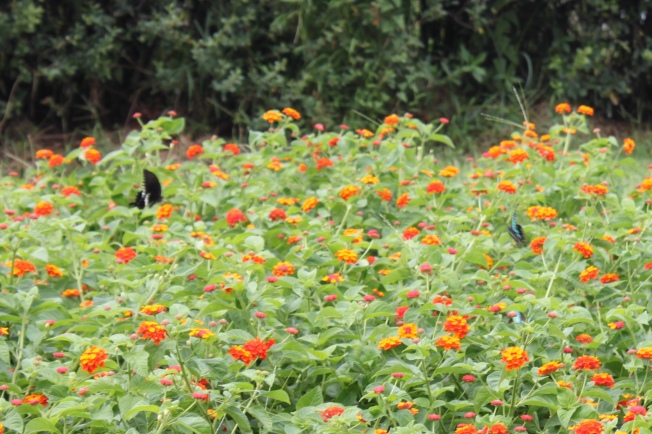 After the park, we enjoyed a lunch of pork and crazy hot peppers at a small restaurant adjacent to the park. (Wendy warned us not to eat the peppers but they gave a terrific flavor to the meat). On the way to the van, we purchased a small wooden comb for Wen Jie and some charms with her Chinese name on them at a local souvenir booth.

Back near the hotel, we perused a local bookstore and found a Chinese lullaby CD and a few classic children’s books, in Chinese of course. 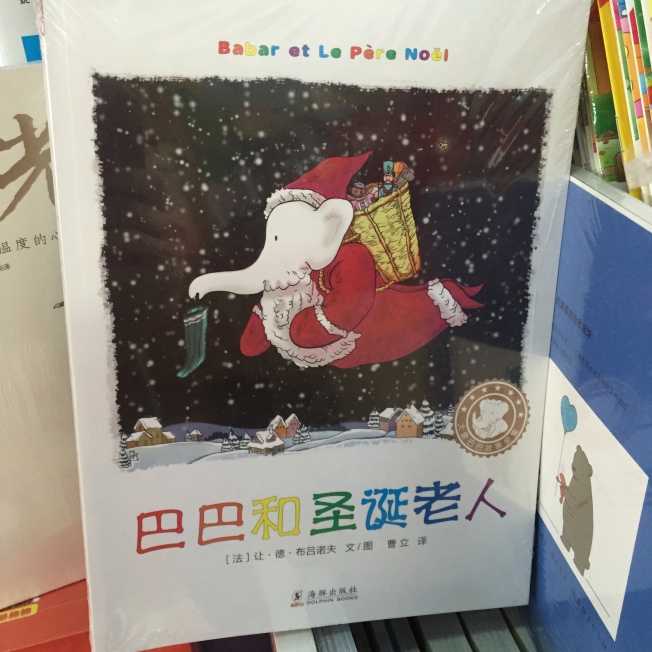 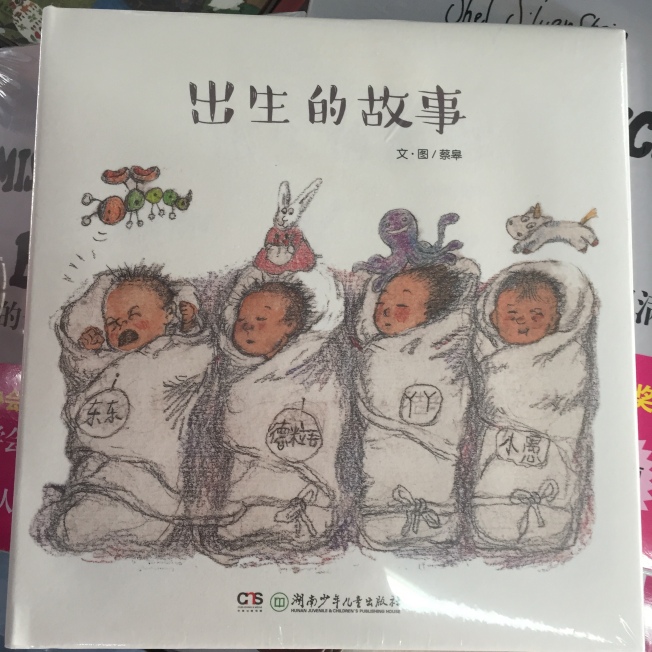 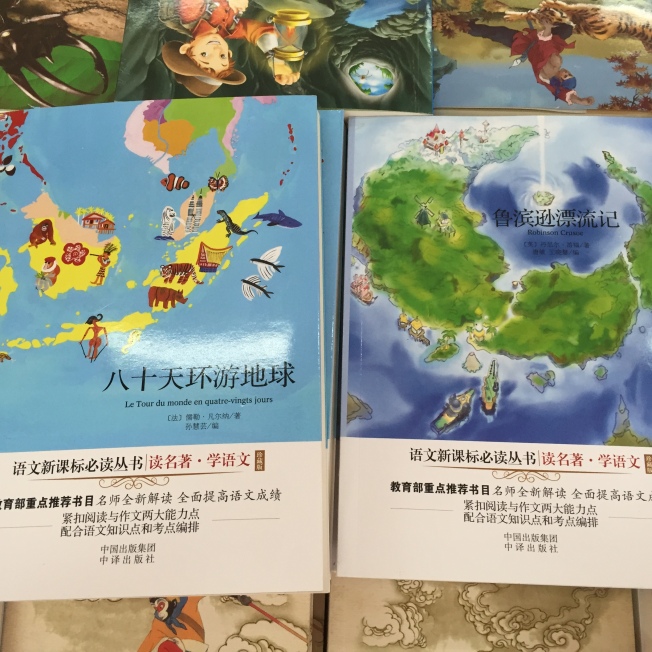 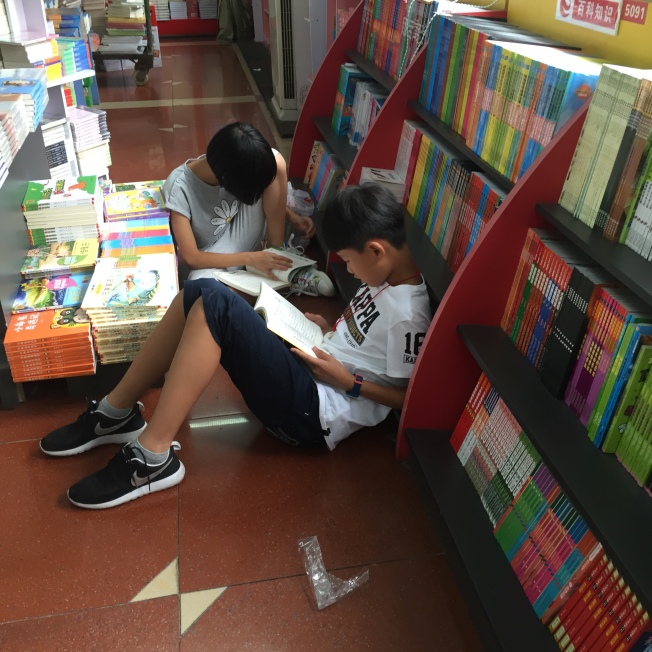 Some things are just universal. 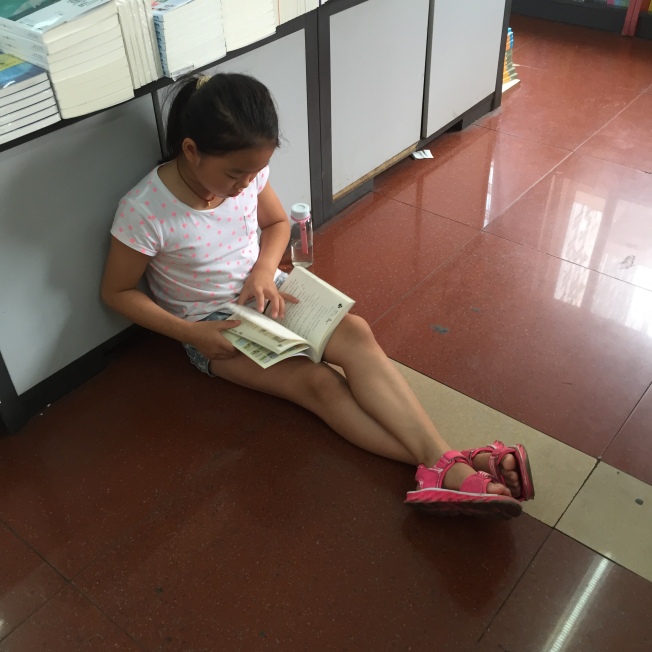 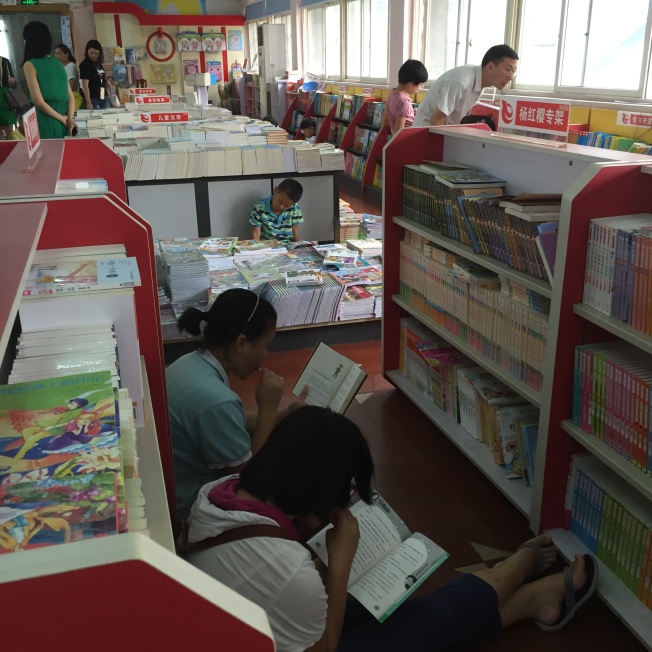 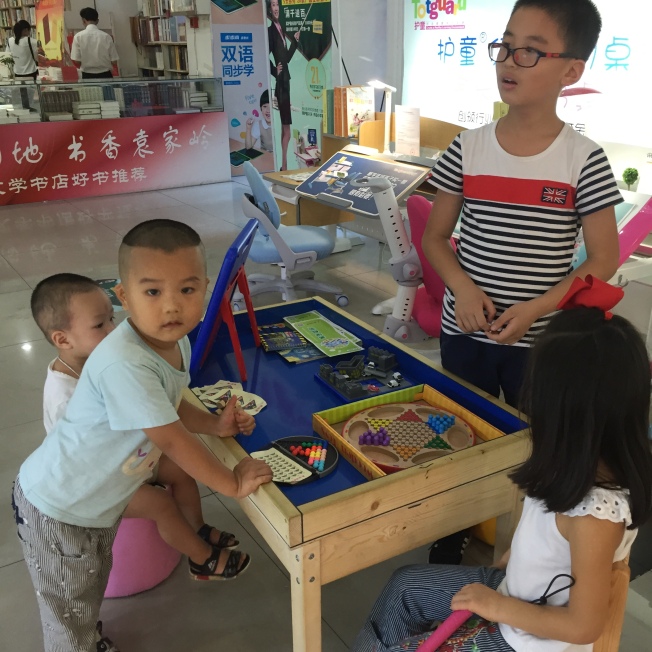 The minute we sat down at this play table, we were joined by several little friends eager to practice their English greetings. So precious!

We also bought some authentically Chinese jumpers for the girls (which later turned out to be Korean) and several matching shirts for a few dollars a piece. Lily got some new shoes for $9.00! Things here our very inexpensive, so we’re gonna need an extra piece of luggage before returning home. After a tasty dinner of Chinese noodles, we headed back to the hotel to repack everything for our 2-hour trip by train to Huaihua City the next morning.

Wen Jie is very happy riding in the Ergo baby carrier on my chest, but as soon as we get back to our hotel room she is eager to get out and play on her red blanket on the bed. Though she refuses to let me put her down anywhere else, she knows when we are in the room and eagerly anticipates getting out. She plays happily by herself for an hour or more (lying mostly on her back) and seems to have a long attention span with toys, crinkly bags or packages. She sucks her thumb for comfort, though she doesn’t seem to be very good at it and sometimes forgets she has it. I wonder how long she has been a thumb sucker.

One Less Orphan, One More Sanders

Not just another adoption story, but a story about becoming a forever family through His grace.

It's been 4 years since Lovey came home. Best decision we ever made! She enriches every moment of our lives with her unique blend of funny, sweet, beautiful and smart. We are in China now awaiting final visa approval for her little sister, Hope. Thanks for following our journey.

A Family for Baby Hope